A-Level Results: Can My Son or Daughter Afford University? 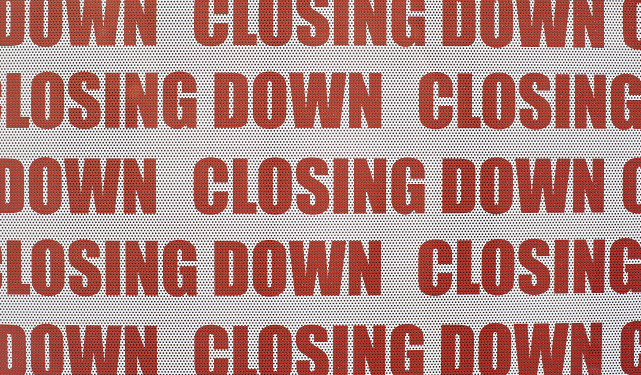 Two Homebase branches are set to close in the North West as the struggling DIY retailer tries to make savings following a Creditor Voluntary Arrangement (CVA).

If the CVA is approved by creditors, the stores in Macclesfield and Warrington will close as part of a broader plan to cut 42 of the 241 Homebase outlets over the next 16 months.

The North West was relatively unscathed by the closures. Three stores will continue operating in Greater Manchester with Altrincham, Horwich and Bredbury remaining open.

Damian McGloughlin, Chief Executive of Homebase, said: “We need to continue to take decisive action to address the underperformance of the business and deal with the burden of our cost base, as well as to protect thousands of jobs.”

Restructuring group Hilco bought the retailer from Australian DIY retail group Wesfarmers for just £1 in May. Wesfarmers, which had planned to rebrand Homebase under its Bunnings brand, paid £340m for the company in 2016.

The proposed closures, which will put around 1,500 jobs at risk, subject to creditor approval, a CVA allows companies to close underperforming sites.

Some 17 Homebase stores have already closed this year and the business has cut more than 300 jobs from its head office in Milton Keynes.

Wesfarmers found it difficult to adapt to the British DIY market. They sacked the UK senior management team and admitted to making several ‘self-induced’ mistakes, such as underestimating winter demand and dropping a number of popular ranges.

What is a CVA?

A CVA is a legal agreement between a struggling business and its creditors that seeks to save a company from going bust.

Several large retail chains, including Mothercare and Carpetright, have sought CVAs in recent months to help them continue trading while they pay off debts.

A CVA document will spell out a business’s problems, including the amount of debt it has, as well as how the business will seek to try rectify some of the issues.

The document will also include a series of proposals, including proposed repayment terms.

A CVA often results in store closures because the company can ask landlords to reduce its rents or cancel a lease.

This means that landlords can often be left out of pocket by this type of arrangement, especially if other non-CVA firms also seek reduced rents in order to remain competitive.

At least 75% of a company’s creditors need to agree to a CVA, but the creditors will often pass a deal if it prevents a business going bust – in which case they could get nothing.

A CVA is an attractive proposition for directors too, who can maintain control over the business without it passing to administrators or liquidators. It also allows the directors to reduce costs by closing unprofitable sites and protects them from creditor actions like winding-up petitions.

Tom Fox, Umbrella Insolvency’s Licensed Insolvency Practitioner said: “The general business consensus on Homebase is that the previous owners drove the business to the edge of a cliff through poor management.

“All is not lost for the business. The short-term may be painful, but Hilco already proved that it can turn a struggling retailer around when it rescued HMV in 2013. In this tough retail environment, however, the new owners will have their work cut out.”

For professional help and advice with business debt, speak to a member of the Umbrella.uk team today. Call: 0800 611 8888.