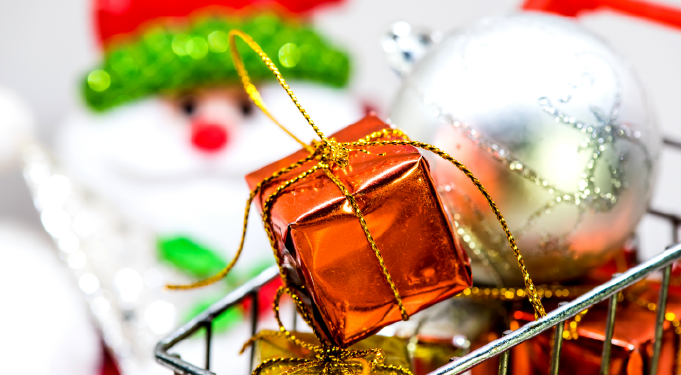 Christmas is always an expensive time of year. But when prices are going up and real incomes are falling is Santa’s list going to be any shorter this year?

We’ve looked into some of the most important statistics showing how much we all spend during the festive season and how we afford it.

Figures from YouGov show that spending on Christmas gifts is down 8% this year among wealthier Brits. Lower earners, meanwhile will spend 4% more on gifts compared with last year, at £291. YouGov.

Survey data from Deloitte shows that the total cost of Christmas will be much higher, at an average of £544 per shopper. Deloitte.

In a survey of 10 European countries, Deloitte found that Britain was the second highest spending market for Christmas, behind Spain where shoppers spend an average of £563. Deloitte.

62% of Brits surveyed said that they will do some or all of their Christmas shopping in-store. Deloitte.

But UK consumers are by far the most active online shoppers, spending 142% more on gifts and 207% more on food and drink than the European average.  Deloitte.

Nielsen predicts that UK shoppers will spend a record £4.2bn on food and drink in the final week before Christmas. That’s an increase of 3.6% on last year. Nielsen.

The cheapest supermarket Christmas dinner will cost 18% more than it did last year. Guardian.

People in the North East, West Midlands, Northern Ireland and Yorkshire and Humber spend 25% of a month’s disposable income on Christmas. BBC.

In London and the South East, that figure falls to below 20%. BBC.

And one in seven people worry about money every day in the run-up to Christmas. This is up from one in ten last year. National Debtline.

3% say they lose sleep in the run-up to Christmas because of money worries and 9% say that money worries will negatively impact their enjoyment of Christmas. National Debtline.

55% say that they haven’t saved for Christmas this year and only 29% have a Christmas budget that they are trying to stick to. National Debtline.

In Britain the poorest third are set to lose an average of £715 of disposable income per year over the next five years, while the richest third will gain £185 per year. The Resolution Foundation.

If you are struggling to repay serious debts, contact a member of our debt advice team today. We will be able to advise on the best course of action. Call: 0800 611 8888.