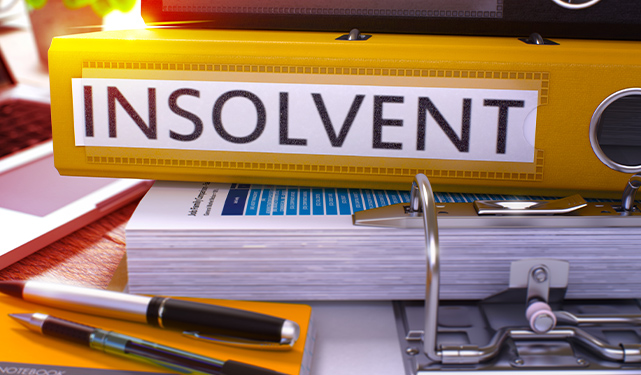 Despite a number of high profile insolvencies hitting headlines, new research shows that the number of company administrations in England fell 14% in the second quarter of the year.

Despite a number of high-profile insolvencies hitting the headlines, new research shows that the number of company administrations in England fell 14% in the second quarter of the year.

KPMG’s study of administration notices in the London Gazette showed that 310 companies went into administration between April and June 2019, down from 361 in the previous quarter.

The results are comparable with the same period last year when 303 companies filed for administration.

It was a similar picture for restaurant, pub and club sector, which had 14 administrations in the second quarter. This included Jamie Oliver’s Restaurant Group and Red’s True Barbecue, which was bought out of administration by Impossible bar operator Tokyo Industries.

In the wider food and drink sector, however, there was a more pronounced increase in operators entering administration – up from 13 in Q1 to 18 in Q2.

Blair Nimmo, head of restructuring for KPMG UK, said: “You could be forgiven for thinking there had been a dramatic increase in corporate insolvencies since the turn of the year, but the truth is that numbers have tracked downwards over the last three months.

“Prolonged uncertainty around Brexit has perhaps further delayed a ‘moment of truth’ for companies in those sectors which are more vulnerable to economic volatility, while a number of companies in the retail and casual dining sectors have put forward CVA proposals as part of wider restructuring programmes which aim to put them on a more stable financial footing and head off the prospect of an administration.”

Tom Fox, Licensed Insolvency Practitioner at Umbrella Insolvency, said: “The total number of administrations has dipped slightly in the second quarter of the year, but this doesn’t tell the full story of headwinds in the economy.

“We often see a higher than average number of insolvencies in the first three months of the year as many struggling companies only manage to limp through the busy Christmas period. This data also doesn’t take account of other insolvency actions including compulsory liquidations, voluntary liquidations and company voluntary arrangements, which have trended upwards in recent years.”