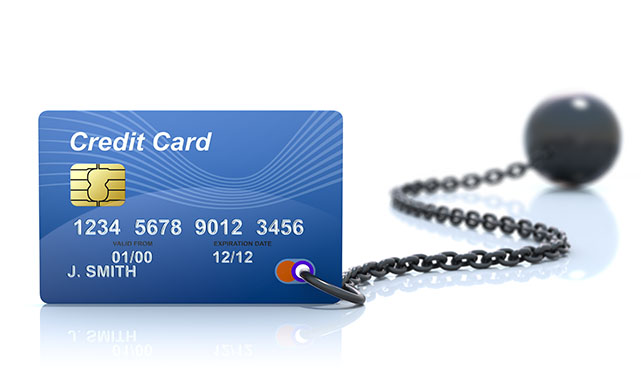 The Bank of England has revealed that British consumers owe a total of £72.9 billion on credit cards.

Overall consumers debt – which includes cards, overdrafts, personal loans and car finance – stands at an all-time high of £217.3 billion according to the central bank.

The increase in credit card debt has been fuelled by a decade-long borrowing binge by families.

Interest rates have been at ultra-low levels since the financial crisis a decade ago, making it easier for consumers to rack up large debts without putting too much pressure on income.

In the last three years, however, growth of borrowing has slowed indicating that borrowers are beginning to reign in their spending. But the total amount of consumer debt was 5.6% higher in May than it was a year earlier, according to the Bank of England.

The Bank’s decision to crack down on risk credit card lending has dampened debt growth by making it harder for consumers to put off interest payments.

An above-inflation increase in pay has also taken some air out of the consumer debt balloon. But many people are still struggling with problem debt.

To tackle the problem, the Government recently launched a ‘Breathing Space’ scheme to give people in serious debt problems a 60-day period where interest payments are frozen and creditor enforcement action is halted.

Individuals that seek Breathing Space will be required to seek professional debt advice or mental health treatment in this time.

Tom Fox, Licensed Insolvency Practitioner at Umbrella Insolvency, said: “While the growth in debt appears to be slowing down, many people are still struggling with problem debt and borrowing to make ends meet.

Are you struggling with serious debt? Speak to one of our qualified debt advisers about our range of personal debt solutions today. Call: 0800 611 8888.