Can company directors be held personally liable for Bounce Back Loan repayments?

Could climate change lead to a wave of company insolvency?

Has Covid created a generation of zombie companies? 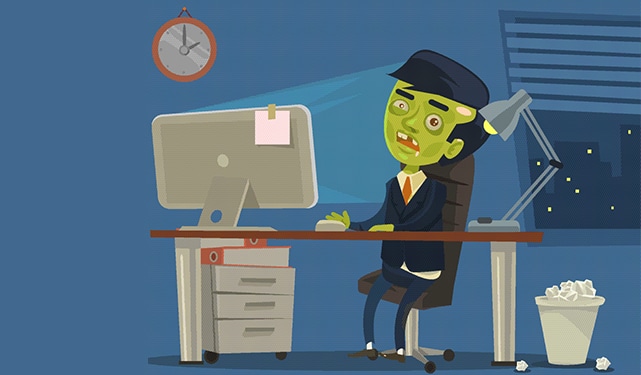 Almost everyone would agree that government support given to companies and individuals during the coronavirus pandemic was necessary and right.

However, some experts have expressed concern that the support has led to the creation of more ‘zombie companies’ in the UK.

What is a zombie company?

A zombie company is one that’s kept artificially alive with credit. The company – which is said to be neither alive or dead – can only afford to service the interest on its debts, not pay them off.

The problem was first identified in Japan in the 1990s when the availability of very cheap credit kept many large companies on life support for decades.

More recently, people worry whether economies in the UK and Europe are afflicted with a high number of zombie companies.

Critics argue that zombie companies are bad because they have no spare money to invest or grow. Some say that it’s better to let zombie companies fail, because keeping capital and labour tied up in inefficient businesses is a drag on innovation and can hurt an economy’s long-term growth prospects.

Some argue that government coronavirus support, including grants, low-interest loans, tax payment deferrals and a moratorium on business evictions has led to an increase in the number of zombie companies.

Although it is difficult to measure, it is probably true that Covid has created more zombie companies in the UK. However, it’s important to remember that, without this support, many viable businesses would have probably folded under the weight of the crisis.

And it isn’t just government support that turns companies into zombies.

What causes a zombie company?

As well as government support, zombie companies can be created by a number of different factors, including:

Banks – banks and other lenders can help create zombie companies if they avoid formal insolvency procedures like liquidation and administration.

If you are worried that you’re running a zombie company, you can speak to an insolvency practitioner about the options available to you. For more information, contact a member of our team today. Call: 0800 611 8888.