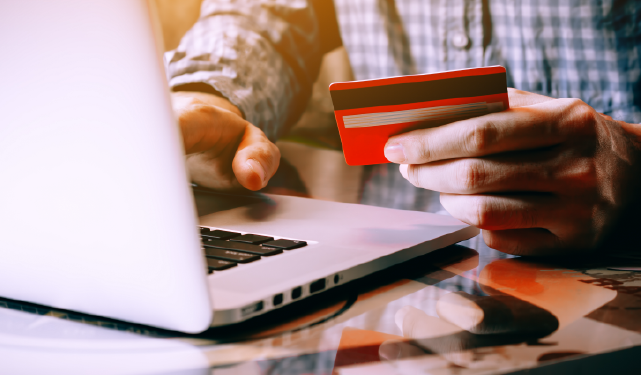 HM Revenue & Customs is set to ban taxpayers from using a personal credit card to pay their tax bill from January 13, less than three weeks before the January 31 deadline for 2016-17 payments.

The move may land sole traders and small business owners in trouble if they were planning on easing the pain of a large tax payment by putting it on credit.

HMRC’s decision comes in response to an EU directive, which means that businesses cannot pass on credit card charges to their customers.

But many contractors feel that the rule change has not been publicised well enough. They have also criticised the timing of the change.

Self-employed workers and business owners who don’t have the money to pay HMRC before the January 31 deadline could face additional charges.

HMRC sent out written warnings with tax bills in December stating: “From 13 January 2018 HMRC will no longer accept payment by personal credit card. Debit cards and corporate credit cards continue to be accepted.”

In the last tax period, HMRC took 454,000 personal credit card tax payments worth £741m. The tax authority claims that this accounted for 0.8% of payments by volume.

Jordan Marshall, Policy Development Manager at the Association for Independent Professionals and the Self-Employed (IPSE) said: “This change has not been well-publicised by HMRC. Banning credit card payments just before the self-assessment deadline is likely to create problems for both freelancers and the tax authorities.”

HMRC’s decision coincides with new rules that make it illegal for businesses to charge customers extra for using a debit or credit card.

Described as a clamp down on ‘rip off card charges’ these rules have been introduced as the result of an EU directive. As a publicly funded body, HMRC said that it was unable to absorb the extra cost of processing personal credit card fees, as this would ultimately cost the public purse.

Thomas Fox, Licensed Insolvency Practitioner with Umbrella Accountants said: “It can be tempting for contractors and small business owners to defer a high tax bill by putting it on plastic but this will be more difficult after January 13th.

“For many, this may just be an inconvenience, but if you are struggling with high levels of business or personal debt then it could cause serious damage. As always the advice to these people is to seek professional help before it is too late.”

If you are struggling with high levels of personal or business debt, speak to a member of our debt advice team today. Call: 0800 611 8888.