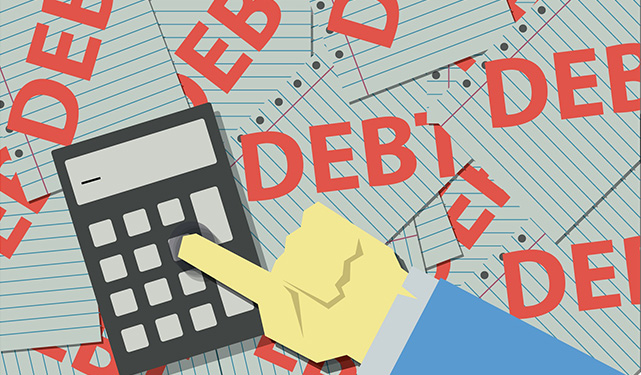 HMRC’s Insolvency Priority is a 'Bad Deal’ for UK Businesses

Government plans, confirmed in the latest Finance Bill, to make HMRC a preferential creditor in company insolvencies are a ‘bad deal’ for businesses and the taxpayer, according to insolvency and restructuring trade body R3.

The Government looks set to go ahead with plans to prioritise the repayment of tax debts over other kinds of debt.

This means that, in the event of a company insolvency, HMRC will receive money ahead of other creditors including pension schemes, trade creditors, lenders and employees.

Businesses and trade bodies like R3 have repeatedly warned that the proposals could make it harder for companies to access finance.

At present, all HMRC debt is unsecured. But from April 2020, HMRC debts including PAYE, employee NICs and VAT will be repaid in priority to debts owed to floating charge holders and unsecured creditors.

Following consultation, the Government decided that tax penalties will not form part of HMRC’s preferential claim. But they also rejected the idea that there should be a cap on the age of tax debts eligible for preferential status.

Speaking about the proposals, R3 President Duncan Swift said: “While the Government has removed one damaging part of its original proposals – unproven tax penalty debts won’t be included in HMRC’s new priority claims – this is very much a case of the Government shooting first and asking questions later. That’s not a recipe for good policy.

“The Government should have gone much further in cutting back the scope of its proposals. Unlike the earlier, pre-2003 version of this policy, the size of the Government’s priority claim is uncapped, creating significant uncertainty in insolvencies for lenders, businesses, and others. A cap on the age of tax debt eligible for priority status would have been an obvious way to limit the downsides of the proposal.”

He continued: “The downsides of this policy are plain to see. More money back for HMRC after an insolvency means less money back for everyone else. This increases the risks of trading, lending and investing, and could harm access to finance, especially for SMEs. This means less money is available to fund business growth and business rescue, and, in the long term, could mean less tax income for HMRC from rescued or growing businesses. It’s a self-defeating policy.

“The policy really doesn’t seem worth it. The Government is expecting a relatively small tax boost – £195m a year, at most – and seems prepared to accept damage to access to finance and increased costs in insolvency to get it.”

Tom Fox, Licensed Insolvency Practitioner at Umbrella Insolvency, said: “As well as making it harder to find credit in the first place, this proposal will make it more difficult for businesses to reclaim money from a client insolvency. This means that one large insolvency could have a knock-on effect on other suppliers who may struggle to pay wages and meet their own debt liabilities.”

Umbrella Insolvency provides corporate insolvency solutions to businesses in the UK. To learn more, speak to a member of the team today. Call: 0800 611 8888.