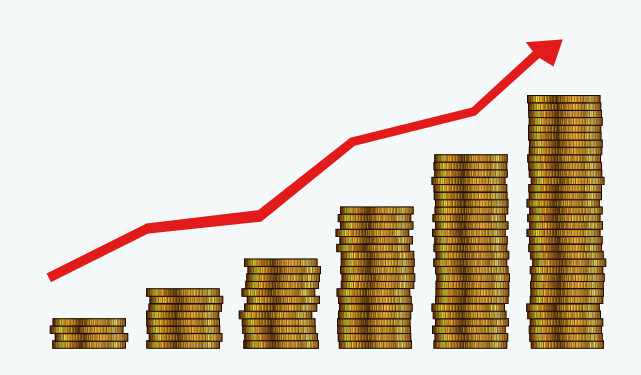 There is a good chance that your energy, mobile phone and TV bills could increase next month. In this blog post, we look at some of the worst offenders and how you can protect yourself against price rises.

There is a good chance that your energy, mobile phone and TV bills could increase next month. In this blog post, we look at some of the worst offenders and how you can protect yourself against price rises.

More than 10 million Brits will see their energy bills increase after all of the Big Six energy companies announced that they would be increasing default tariffs.

Millions of Sky TV and broadband customers will see their bills rise from 1 April too. And with council tax, water bills and TV licence costs all increasing as well, there will be no escape from the increases for many people. Some could see their annual bills increase by hundreds of pounds.

Why are prices rising?

Monthly bills will increase for a variety of reasons. A number of services, including the TV licence  and mobile phone providers, will increase their prices in-line with inflation.

The cost of a colour TV licence will increase by £4 in April, after the government announced in 2016 that prices would increase in line with inflation for five years.

The price of standard variable tariffs will increase for many after the energy regulator Ofgem announced that the maximum price cap will go up by £117 from April.

Shortly after the announcement, all six major energy companies announced that they would increase prices in line with the cap with many citing increases in the cost of wholesale energy.

In February, Sky announced that many of its broadband and TV prices would increase, some packages by as much as 20%.

Research suggests that almost all councils will increase council tax in April with three-quarters of local authorities increasing the tax by more than 2.5%.

Water UK, the organisation that represents water companies, said that average water and sewage bills would increase by £9 per year, with customers in the North West facing the steepest increase.

How to reduce monthly bills

But you have more of a choice when it comes to other services. Here are our top tips for reducing those regular monthly outgoings.

One of the best ways to reduce your monthly bills is to switch providers. You can switch all sorts of suppliers, including phone, TV and broadband bills. But it is often easiest to switch energy suppliers.

Although the energy price cap – introduced in January 2019 – sets a cap on the unit price for default energy tariffs, there are still much cheaper deals on offer for those that are willing to switch suppliers.

One of the best ways to switch is to use a comparison website to compare the best deals and move to a new supplier.

You can often negotiate with your supplier to get a better deal on your mobile phone, TV and broadband services. Ofgem rules prevent negotiating with domestic energy suppliers.

Although you may be able to negotiate with a supplier when you are part way through your contract, you will usually have more success if your contract has finished or is coming to a close.

There are a lot of strategies to haggle with suppliers. It normally helps if you compare the market first and see if you can get a better deal elsewhere. Because suppliers want to retain customers for as long as possible, they will often try to match or beat offers from elsewhere so you can get a better deal without the hassle of switching providers.

If a supplier has increased their prices part way through a contract, you may be able to cancel the contract without paying a penalty.

Mobile phone contracts usually include a clause that says they can increase prices in line with RPI part way through a contract. Usually you can’t cancel these contracts. But if your TV or broadband supplier increase their prices above the rate of inflation or in a way that’s not spelled out in the contract, then you may be able to cancel the contract.

When you try and cancel your contract, the supplier may be willing to haggle to try and bring down your bills or you can try and find a better deal elsewhere.

If you are in debt and are struggling to make ends meet each month, then higher bills can be unwelcome news.

If you are struggling with problem debt, then you may benefit from speaking to an Insolvency Practitioner.

An Individual Voluntary Arrangement (IVA) is a personal insolvency solution that allows individuals to pay back part or all of what they owe over a fixed period.

The legally-binding agreement takes your monthly income and outgoings into account, so you only pay back what you can afford.