More than three-quarters of UK hospitality firms could go bust 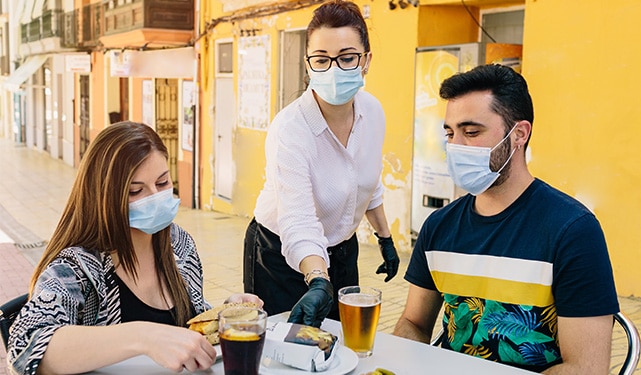 Upmarket Italian restaurant Gusto has become the latest chain to complete a Creditors Voluntary Arrangement (CVA). The group says that the move will secure the chain’s long-term future.

More than three-quarters of UK hospitality businesses are at risk of insolvency within 12 months according to a leading trade body.

A survey from UK Hospitality showed that social distancing measures and local lockdowns were still weighing heavy on the sector, with one-in-five hospitality firms at serious risk of insolvency and more than half saying they face a slight risk of shutting down inside one year.

Less than a quarter of hospitality businesses surveyed by the industry body, which represents 65,000 members, said they faced no risk of insolvency.

The trade body warned that without more government support, thousands of businesses could disappear costing hundreds of thousands of jobs.

Chancellor Rishi Sunak has introduced support for the sector, including a business rates holiday, a VAT cut and the ‘Eat out to Help Out’ scheme, which benefits restaurants in particular. UK Hospitality urged the government to extend these measures, as well as the furlough scheme, which is due to end in October.

“The future of this sector, which provides jobs in every region of the country and is central to our social lives, has never looked shakier,” she continued.

The survey comes after the British Beer and Pub Association (BBPA) warned that over a third of pubs in the UK are still unable to break even, one month after the easing of lockdown restrictions.

This association surveyed more than 20,000 pubs, finding that a quarter of brewing and pub sector businesses said they were not confident their businesses would be sustainable beyond the end of March 2021.

Like UK Hospitality, BBPA called for further government support, urging the chancellor to slash beer duty by a quarter and to cut VAT on beer served in pubs. They also echoed other trade associations in calling for ‘fundamental reform’ to the business rates system.

Umbrella Insolvency’s Licensed Insolvency Practitioner Tom Fox said: “The government has already announced a number of schemes to support the hospitality sector, but it still may not be enough to support an industry is clearly still struggling with the effects of the coronavirus.

“Any operators that are concerned about insolvency should make sure they explore all of their options before they get to a crunch stage.”

For more information about company insolvency services, speak to a member of the team today. Call: 0800 611 8888.