When a bailiff calls at your home or business 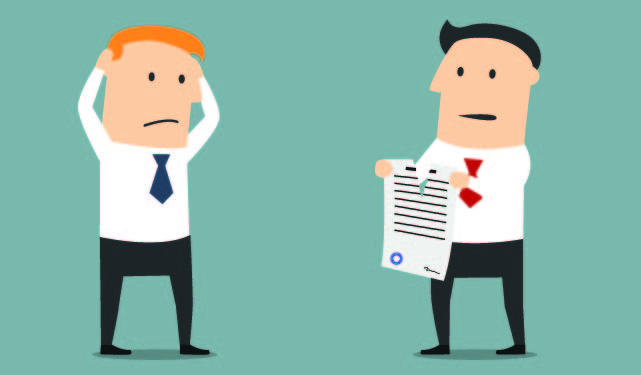 Alongside the 2019 loan charge, which targets individuals who have used disguised remuneration schemes, APNs are used to recoup lost tax money from companies that have used tax avoidance schemes.

When HMRC successfully challenges one tax avoidance scheme user, an APN allows the taxman to target other scheme users and the users of similar schemes.

APNs have strict repayment terms and can cause serious cashflow problems for limited companies. In the most severe cases, APNs can precede voluntary or compulsory insolvency actions.

Struggling to pay an APN? Get specialist advice from an insolvency practitioner today. Call: 0800 611 8888.

What is an APN?

An APN is a notice from HMRC informing a company that they must pay an amount of tax or National Insurance Contributions (NICs).

The amount listed on the APN must be paid within 90 days and companies only have limited scope to challenge the notices.

Because HMRC is confident that a court ruling will go their way, the strict repayment terms are designed to prevent companies gaining a cash-flow advantage and holding onto money before an eventual court date.

The APN system is part of HMRC’s tougher approach to tax avoidance. The APN system reflects a similar repayment scheme set up for contractors that have used disguised remuneration schemes.

Contractors that avoided tax by drawing income as a ‘tax-free loan’ have until 5 April 2019 to reach a settlement with HMRC or they will have to pay an additional loan charge.

What if a company can’t repay an APN?

Because APNs can be unexpected and have strict repayment terms, they can cause serious problems for companies, particularly if a company’s cashflow is weak or if they have limited cash reserves.

If you feel that an APN amount is incorrect or the conditions for an APN have not been met, you can make a representation to HMRC in the 90 days before the payment is due. HMRC will review your representation and write back to tell you the results.

But in our experience, the scope for challenging an APN is limited. If you think you will have problems paying an APN, HMRC suggests that you get in touch to discuss different payment methods.

For companies that have found trading tough, an APN may be the final nail in the coffin and they should start to consider corporate insolvency action.

If payment is not forthcoming, HMRC may commence winding up proceedings to force a compulsory liquidation.

On advice from a professional, directors may also consider instigating a voluntary liquidation (CVL), administration or company voluntary arrangement (CVA) depending on the circumstances.

For more information on APNs and corporate insolvency, speak to a member of the team today. Call: 0800 611 8888 or visit www.umbrella.uk