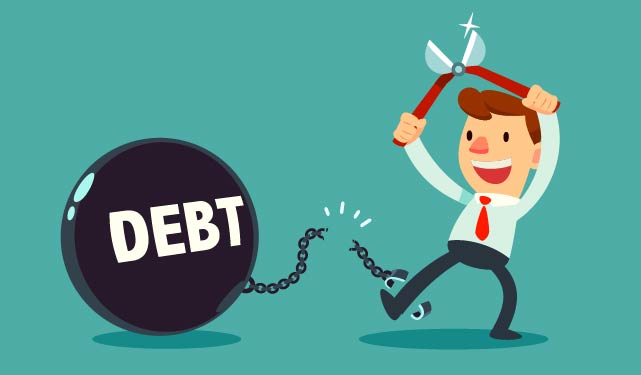 Payday is finally here, but for many people struggling with more serious debt problems, the sense of relief will only be minor.

Many families will be glad to see the end of January. Extra spending over the festive period always puts a strain on finances, and while the latest pay day cash injection will be welcomed by everyone – many will already be counting the days until their next cheque.

A survey carried out by Nationwide Building Society found that the average Brit was £246.00 in debt before the January payday. But debt issues are far more serious at the sharper end of the scale.

Although a January pay packet will help lots of Britons leave their Christmas debt behind, one in ten Brits don’t think their finances will be ‘normal’ until December 2018. A further 11% said they don’t expect their current account to return to health at all in 2018.

Nationwide’s poll of 2,000 people also found that 60% of Brits believe that their finances are out of shape and almost half (48%) have less than £100 to spare each month.

Thomas Fox, Umbrella Accountant’s Licensed Insolvency Practitioner said: “January’s payday is always welcome when it comes, not least because many people get paid early in December. But this year’s pay packet may not go as far as it once did.

“Prices have been increasing steadily and evidence shows that more people are turning to credit cards and other credit products to plug the difference in their spending.

“Some people will be able to get their finances back on track next month. With careful budgeting and spending, others will escape debt later in 2018. But for a small minority, it may seem like there is no feasible route back to financial security. These people need to be aware of their options and take decisive action sooner rather than later.”

Options for people who are struggling with problem debt

If you are struggling with problem debts that you can’t afford to repay, it’s important to remember that you have options. A qualified debt adviser will be able to talk you through your options and suggest the best course of action.

Speak to your creditors and agree a Debt Management Plan

You could contact your creditors and negotiate an agreement to repay all or some of the debts.

A debt management plan is an informal agreement between you and your creditors that could reduce your payments to an affordable level.

An IVA is a legal agreement between you and any unsecured creditors. It requires you to make monthly repayments over a set period of time (usually 60 months). After this time, any unpaid debt can be written off.

It isn’t the best solution for everyone, but it can be a route back to financial freedom.

Lenders may agree to freeze interest and charges as a goodwill gesture, but the debts will have to be repaid in full.

A debt relief order is an alternative to bankruptcy, which lasts for 12 months.

It’s faster and simpler than bankruptcy and is suitable for people who owe less than £20,000, and have few or no assets (less than £1000) and disposable income of less than £50 per month.

Bankruptcy is usually viewed as a last resort insolvency solution. It’s normally only considered for people who can’t afford to pay their debts in any reasonable period of time.

It can damage your prospects in the long term and the short term, but for some people it may be the only viable solution.

If you are struggling with problem debt and you don’t know which way to turn, speak to a member of our debt advice team today. Call: 0800 611 8888 or visit our debt advice website at www.umbrella.uk