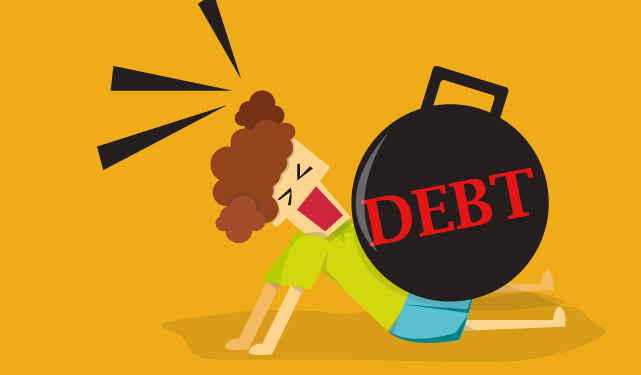 Analysis from the BBC shows that the value of outstanding personal loans has grown four times faster than wages in the last three years.

Data from UK Finance, which represents large banks and building societies in the UK, shows that households had total outstanding loans worth £37bn in 2016-17.

Data from the Office for National Statistics shows that the average full-time worker has seen their pay increase only 6.5% over the same period.

Although the Financial Conduct Authority (FCA) said that the ‘vast majority’ of loans went to people who could afford repayments, debt charity Christians Against Poverty said that January 2018 was its busiest ever month for people seeking debt advice.

Daniel Kelly, a manager at the charity, said: “We estimate about eight million people will be in their homes worrying about how they’re going to be paying the bills.”

Rising prices coupled with modest increases in pay mean that more people have to borrow money to pay for everyday essentials.

Jonathan Chesterman from the debt charity StepChange suggests that there are three warning signs for people who should be worried about their debts.

The number of people who went bankrupt last year soared to the highest level since the financial crisis.

The Insolvency Service said that 99,196 people were declared insolvent in 2017, up 9.4% from the previous year.

The figures also showed a 20% increase in the number of people turning to individual voluntary arrangements (IVAs) in 2017.

A record number of 59,220 people started an IVA last year.

If you are struggling to repay unsecured debts, an IVA gives you the opportunity to reschedule the debts and reduce monthly repayments without declaring bankruptcy and losing control of your assets including the family home.

For more information on IVAs and other debt management services, speak to a member of our debt advice team. Call: 0800 611 8888.