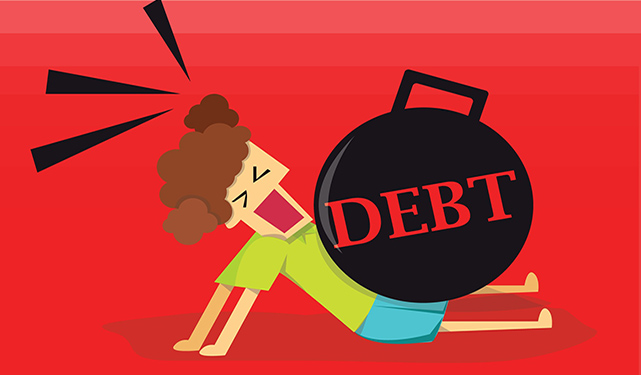 Record numbers of Britons sought advice to tackle mounting debts as more households are ‘struggling to keep their heads above water’, according to debt advice charity StepChange.

Some 331,337 people contacted the charity for debt advice in the first six months of 2019.

StepChange said that this was the largest number of debt enquiries that it had seen in a six-month period in its 26 year history.

Of the 331,000 people that contacted StepChange between January and June, more than 57% went on to receive full debt advice from the charity.

This group had an average of £13,799-worth of non-mortgage debt – a 2% increase compared with six months prior and 6% increase on the figure for 2016.

StepChange also revealed that more than 30% of their new clients’ had outgoings that outstripped their incomes. These clients had an average monthly shortfall of £365.

Unexpected life events were the biggest causes of problem debt as well as those experiencing a reduction of income, injury or illness or unemployment or redundancy.

According to StepChange, these figures underline a ‘growing number of households in the United Kingdom struggling to keep their heads above water’.

Phil Andrew, chief executive of StepChange Debt Charity, said: “These statistics provide a sobering assessment of the scale of problem debt in this country.

“Across the board, we are seeing red flags, including worrying proportions of new clients falling into debt due to reduced income, illness or because they rely on credit to pay for day-to-day living expenses.

“Clearly more and more households are struggling to hang on and are ill-equipped to deal with any economic shocks the future may hold.”

A Government spokesperson said: “We are determined to help families improve their lives through work, while continuing to support them with the cost of living.

“But we know some families need more support, which is why we spend more than £95 billion a year on working age benefits.”

Tom Fox, licensed insolvency practitioner at Umbrella Insolvency, said: “Although we operate on a smaller scale than StepChange, we are also seeing a rise in the number of people applying for personal insolvency solutions like Individual Voluntary Arrangements (IVAs).

“The seriousness of our clients’ debt problems is also on the rise, indicating that more people are struggling with problem debt. The only silver lining we can take from this situation is that it seems like more people are seeking the help and support that they need.”

For more information about personal insolvency solutions, speak to a member of the Umbrella Insolvency team today. Call: 0800 611 8888.