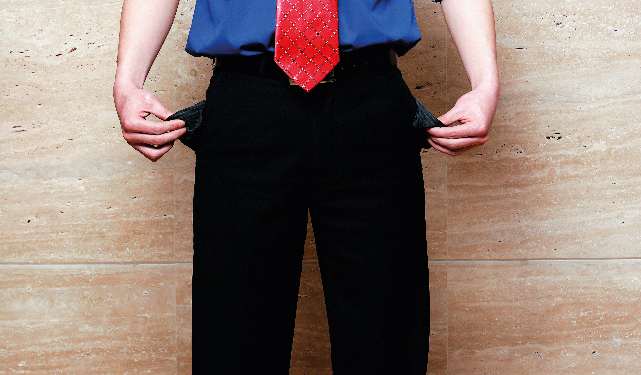 New research from insolvency trade body R3 shows that three in ten (28%) of British adults ran a deficit budget in the past month, spending more than they earned in income.

In yet more evidence of the financial vulnerability of many Brits, almost a quarter (22%) of the 2000 respondents to an R3 survey revealed that they have no savings at the moment.

These findings come after separate research from the ONS showed that British households ran a budget deficit for a record nine consecutive quarters between October 2016 and December 2018.

The ONS also found that the average UK household spent £900 more than it received in income in 2017.

Mark Sands, Chair of the Personal Insolvency Committee at R3, commented: “This is a worrying snapshot of British adults’ personal finances.

“For some people, a month of deficit won’t be an issue, as it may be a one-off, and they may be able to cover the overhang through using savings, or borrowing. However, for others, these options will be less readily available, leading to potential problems ahead if the deficit persists.”

These new statistics come at a time when other economic indicators are looking positive.

The latest labour market statistics show that unemployment fell by 119,000 to 1.3m between January and March 2019, while weekly wages increased by 3.3%. This was above the 1.9% rate of inflation.

“Although some deficit budget households will be able to repay debt easily over the next few weeks or months, families that are consistently overspending should seek financial advice as soon as possible.”

For debt advice and information on personal insolvency solutions, speak to a member of the team today. Call: 0800 611 8888.