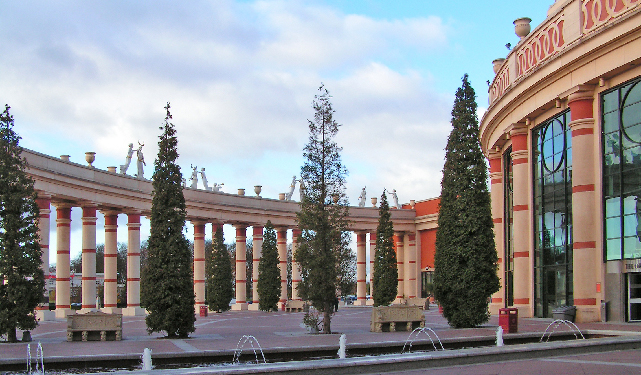 Tom Fox, Licensed Insolvency Practitioner at Umbrella Insolvency said: “Intu’s struggles this year are symptomatic of wider problems in the retail industry. “There is a long-term trend towards more online shopping, which is cutting footfall at physical shops. “Short-term uncertainties are also increasing retailer costs and pushing more retail businesses to file for CVAs.”

Intu, the shopping centre chain that owns the Trafford Centre, saw its shares tumble 9% this week following a tough year in the retail sector.

The retail landlord – which was the subject of two failed takeover bids last year – announced that it would not be paying a final dividend to shareholders this year.

Blaming a decline in sales from physical shops and a rising number of company failures in the retail sector, Intu said that retaining the money would allow it to continue to invest in shopping centres.

Intu, which also owns the Metrocentre in Gateshead and Lakeside in Essex, had a particularly rough year last year. Rental income from their shopping centres fell by almost 2% and the value of its properties shrunk by £1.4bn.

The drop in property values pushed the company to a loss of £1.17bn last year, down from a £200m profit the previous year.

Intu was also hit by a series of retail failures, including department store chain House of Fraser which entered administration last August. Intu had a semi-public disagreement with the chain’s new owner – Mike Ashley’s Sports Direct – which demanded steep rent cuts at stores.

In November last year, it was announced that four House of Fraser stores in Intu shopping centres would close down. Ashley was quoted in the Sunday Times as saying: “Intu has demonstrated it is unwilling to help retailers save stores and jobs.”

The two parties came to a subsequent agreement in January.

Other high-profile retail collapses have hurt Intu as well. Beleaguered record store HMV, which was rescued by a Canadian retailer earlier this year, has announced that it will be closing its Trafford Centre outlet.

Company Voluntary Arrangements (CVAs) have also been a problem for landlords. These agreements help companies cut costs like rent in order to repay debts.

Retailers like New Look and restaurant chains including Byron Burger, Jamie’s Italian and Prezzo all filed for CVAs last year. These arrangement often hurt landlords because they can result in lower rents and store closures.

Footfall also decreased in Intu shopping centres, down 1.6% in the year to December 31. But this still outperformed the national average for retail destinations, where footfall decreased by 3.5%.

David Fischel, chief executive, said: “Although sentiment in the retail sector is at an all-time low, the reality is that around 400m shoppers visit our centres each year and occupancy is at 97 per cent.”

“There is a long-term trend towards more online shopping, which is cutting footfall at physical shops.

Umbrella Insolvency provides corporate insolvency solutions to a range of businesses. For more information, please speak to a member of the team. Call: 0800 611 8888.