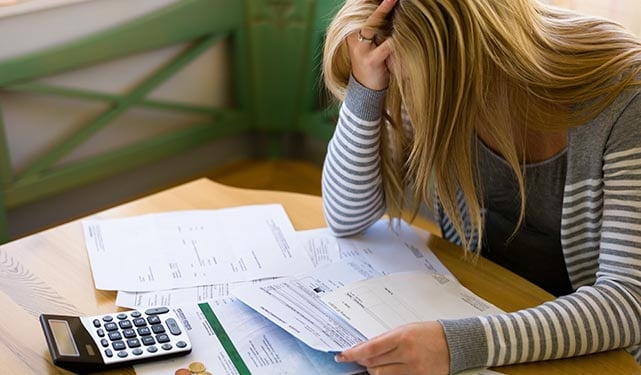 If you are struggling with very high debts and are unable to make repayments you may benefit from using an insolvency solution like an IVA. For more information, call Umbrella.UK on 0800 611 8888.

Research completed by the Money Advice Service suggests that women are more likely to struggle with debt compared to men.

According to the study, which is backed by the government, women make up 55% of over-indebted people in the UK. They are also 14% more likely to go insolvent compared to their male counterparts.

There are many reasons why this is the case, mostly relating to structural or social gender inequalities. In this article, we will review some of the issues that put women at a financial disadvantage and lead to higher levels of personal debt.

Anyone that has cared for children, aging parents or anyone else with additional care or support needs knows that it can feel like a full-time job. Though essential, this type of work is usually unpaid, or supported with meagre welfare payments or tax credits.

Women are significantly more likely to take on these caring responsibilities, often leaving paid work or reducing their hours to do so. The high cost of childcare and adult social care often makes paying for private help unobtainable for many families.

Surviving on a single income, many find it difficult to juggle work and childcare responsibilities, often borrowing to make ends meet. The Debt Advisor estimates that 39% of single mothers have had to take out loans or rely on credit card borrowing to supplement their income.

A combination of factors means that divorced women are more likely to face financial instability as a result of a divorce compared to men.

A study from the University of Manchester found that the gender pay gap and patchy employment prospects for divorced mothers aged 55 and over meant that they were much more likely to suffer financial problems compared to older fathers in the same position.

Financial abuse has been talked about more since it was criminalised as part of a new ‘coercive or controlling behaviour’ offence in 2015. This type of abuse stops short of serious physical violence, but includes patterns of extreme psychological and emotional abuse.

Men are more likely to perpetuate this type of crime compared to women. In the year to December 2018, 449 men were convicted of coercive or controlling behaviour compared to just three women.

Financial abuse typically involves controlling, limiting or abusing a person’s access to money and can include things like taking control of a bank account or running up large debts in their name.

A survey of domestic abuse victims carried out by the charity Women’s Aid found that 43% of respondents were in debt as a result of being in or leaving an abusive relationship.

If you are struggling with very high debts and are unable to make repayments you may benefit from using an insolvency solution like an IVA. For more information, call Umbrella.UK on 0800 611 8888.