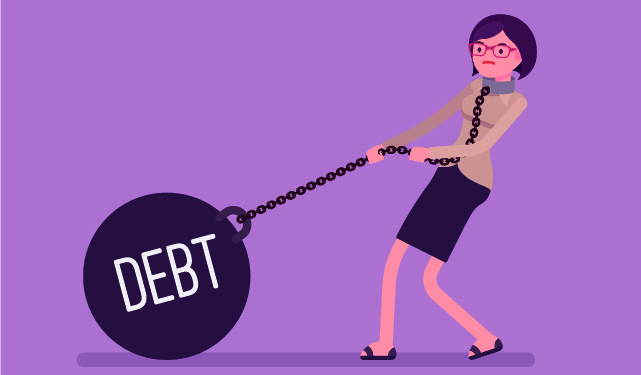 The latest personal insolvency statistics reveal that more women entered insolvency in England and Wales than men in 2018, following a pattern that has been in place for several years.

The latest personal insolvency statistics reveal that more women entered insolvency in England and Wales than men in 2018, following a pattern that has been in place for several years.

The statistics also reveal a stark geographical disparity in the concentration of personal insolvencies.

But this headline figure disguises more significant disparities based on an individual’s age and location.

Mark Sands, Chair of R3’s Personal Insolvency Committee, said: “The gender split in insolvency is a sober reminder that women are more likely to be economically disadvantaged than men; they are more likely to work part-time, or in generally lower paid sectors.

“Women are also more prone to becoming insolvent following the breakdown of a relationship than men, as the Insolvency Service found several years ago when it looked into the reasons why people became bankrupt. Being a single parent also correlates strongly with financial hardship, and women make up the great majority of single parents.”

Speaking about the regional differences in personal insolvency numbers, he added: “The historical retreat of the industrial sector caused decades of hardship in many places, as well-paying jobs disappeared which were replaced, at best, by more precarious and worse-paid employment.

“Coastal areas often have higher rates of personal insolvency than inland areas. As places which often depend on an influx of tourists in the summer months for income, they are dependent on the consumer pound, which has been in shorter supply of late.”

Tom Fox, Licensed Insolvency Practitioner at Umbrella Insolvency said: “Most of us would expect to see differences in the concentration of insolvencies, but I think the scale of the location, age and gender-based disparities will shock some people.

“While most of the disparity can be explained through the lens of historical or structural forces, individuals always have a choice when it comes to seeking help and taking control of their financial future.”

For more information about Umbrella Insolvency’s range of personal insolvency solutions, speak to a member of the team today. Call: 0800 611 8888.