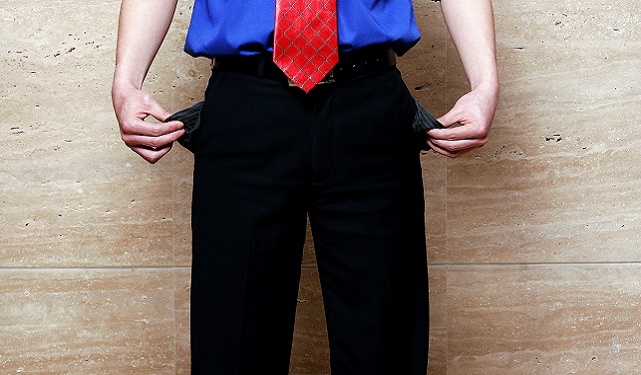 Economic forecasts published in the Budget this week make unhappy reading for anyone hoping for a pay rise sometime soon.

The figures, compiled by the Office for Budget Responsibility, predict that average UK earnings in 2022 could still be less than they were in 2008.

Labelled “astonishing” by the director of the Institute for Fiscal Studies (IFS), an independent economic think tank, the prediction could have far reaching consequences for individuals and businesses in the UK.

It should be of particular concern to people who are already feeling the burden of financial stress.

IFS director Paul Johnson said: “We are in danger of losing not just one but getting on for two decades of earnings growth,” adding, “Let’s hope this forecast turns out to be too pessimistic.”

One of the reasons why earnings growth appears to have fallen is that the Office for Budget Responsibility (OBR) downgraded its forecasts for growth and productivity.

The Chancellor responded saying he hopes to prove the bleak economic forecasts released in the budget wrong.

Britain’s productivity is also a problem for businesses, individuals and society at large.

Ten years ago, productivity was the engine of growth in the economy. Generally speaking, each worker was producing a little more each year compared with what they were producing the previous year.

As output increased, revenues went up and companies could afford to offer increases in pay to their workers. These employees could, in turn, afford to spend more – boosting the wider economy.

This has not been the case recently. Following the financial crisis, productivity has increased at a snail’s pace, raising an average of 0.2% over the last five years.

Some families desperate for a pay rise

These bleak top-level forecasts have far reaching consequences for everyone in society, including businesses, individuals and the exchequer and make the chances of a pay rise less likely.

Umbrella Accountants’ licensed insolvency practitioner Thomas Fox said: “The squeeze on living standards has hurt a lot of people in the decade or so since the financial crisis. And looking at the government’s forecasts, it looks as though the situation won’t improve for another five years yet.

“At a time when prices are increasing, many Brits are in desperate need of a pay rise to cover the gap between their income and expenditure. If nothing is done, then debt will become a reality for more and more families.”

If you are facing serious debt problems as an individual or through your business, we can help guide you on the best course of action. Contact a member of the debt advice team today. Call: 0800 611 8888.