Banks to strip back consumer lending

Half of British adults are ‘financially vulnerable’ 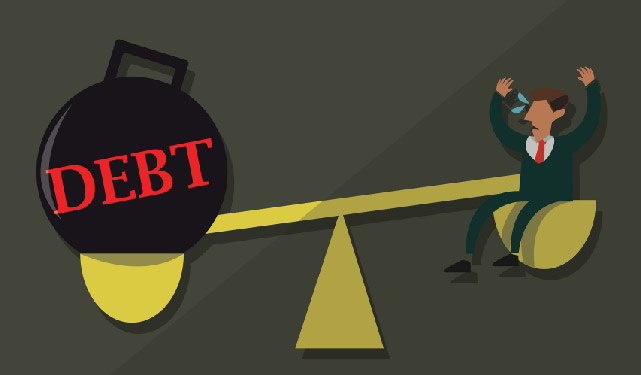 Evidence released by the Financial Conduct Authority (FCA) shows that half of British adults are at risk of financial hardship, with millions missing bill payments and borrowing money to make ends meet.

The warning comes ahead of an expected interest rate rise, which threatens to push up monthly costs for millions of homeowners and renters.

Released on Wednesday, the FCA report shows that there are as many as 25.6 million people who are potentially ‘financially vulnerable’.

The financial regulator also found evidence of a growing ‘wealth gap’ between generations, with younger people experiencing more debt problems as a result.

A 13,000 person survey conducted earlier in the year revealed that 4.1 million people, typically between the ages of 25 and 34, are already in “serious financial difficulty” and have failed to pay bills in at least three of the last six months.

Millions of Britons have signed up for credit products like payday loans and home collected loans in the last 12 months. The increase in debt will compound concerns at a time when incomes are rising slower than prices.

Last month inflation climbed to a five year peak of 3%, meaning a real terms pay cut for workers who have only seen their earnings rise by 2.1% over the last year.

An incoming interest rate rise, which many expect before the end of the year, will cause more concern for the FCA and hard-off families. Interest rate rise will push up the cost of a mortgage or rent at a time when one in six (17%) believe that they would struggle if their monthly expenses increased by less than £50.

Christopher Woolard, executive director of strategy and competition at the FCA, said the survey “makes plain potential challenges across the range of society and financial services”.

He continued: “Just because individuals could be vulnerable doesn’t necessarily mean they will experience actual harm, but these results, help regulators and firms alike to understand where we should target our efforts.”

Thomas Fox, Umbrella Accountant’s Licensed Insolvency Practitioner, said: “This is one of the starkest debt warnings we have seen in recent years. An increase in interest rates or a sudden change in personal circumstances, such as losing a job or getting divorced, could put many ‘at risk’ Brits in serious financial difficulty or cause more serious debt problems for those who are already struggling to make ends meet.

“If you are struggling with debt, the important thing to remember is that you have options – services are available to help you escape the debt trap.”

For more information on how you can tackle unsecured debts, contact a member of the insolvency team today. Call: 0800 611 8888.