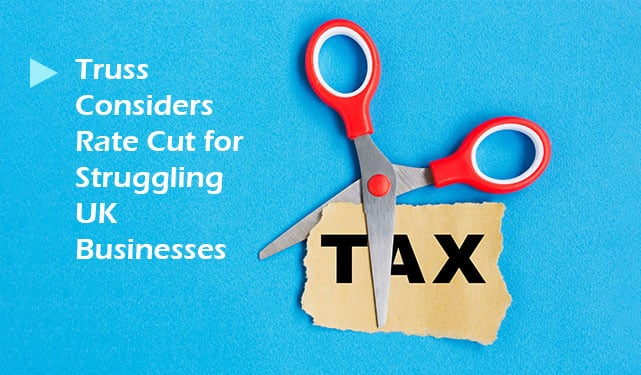 The measure is thought to be one of a number of options under consideration to protect companies from soaring energy costs.

Truss has been in dialogue with several business interest groups over how to ease their financial burden. Businesses suggested increased increasing the threshold for business rates relief from its current level of £15,000 to a higher level of £25,000.

This would stop 200,000 companies from paying the tax. Experts say the move would primarily help companies in the North of England where ratable values tend to be lower than in the South.

A Federation of Small Businesses spokesperson said: “A decision to take 200,000 SMEs out of the bottom of the tax missing word here? would help the same businesses facing scary energy bills, while at the same driving growth. It’s a win-win and we’re confident that something is coming.”

Truss, who currently holds the position of Foreign Secretary, is strong favorite to win the Tory leadership race and become the next Prime Minister ahead of former Chancellor Rishi Sunak.

Both Truss and Sunak have come under pressure in recent days to lay out how they will help businesses and households cope with energy price rises.

Tom Fox, Licensed Insolvency Practitioner at Umbrella Insolvency, said: “Cutting business rates is one of the most direct ways that the government can help small businesses cope with rising energy costs.

“In the last few weeks we’ve heard dire warnings from all sorts of groups including the Federation of Small Businesses, the Confederation of British Industry and the British Beer and Pub Association. Everyone is calling on the next Prime Minister to take concrete action on this issue.

“Without any meaningful help we could see a wave of insolvencies over the next few months – even for companies that have been in business for decades.”

For more information about business insolvency services, speak to a member of the Umbrella.UK team today. Call: 0800 611 8888.