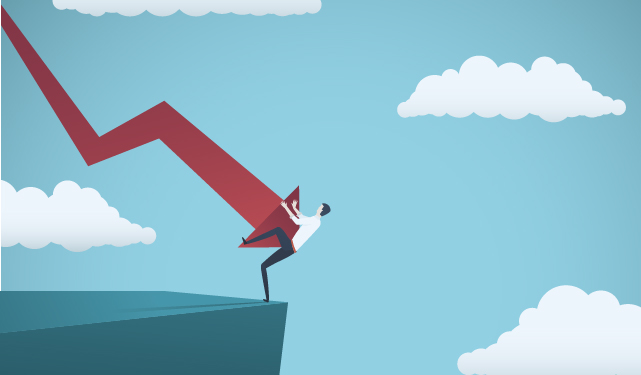 Some market watchers believe that the UK economy may have already tipped into recession following a downturn in the nation’s dominant services sector.

The IHS Markit/CPS purchasing managers’ index for services fell to a six month low of 49.5 in September. Dipping below 50 indicates that the services sector shrank in the previous quarter.

Although not ‘official’ statistics, the figures suggest that the economy shrank by 0.1% in the three months to September, after a 0.2% fall in the previous quarter. Two consecutive quarters of negative growth is considered a recession

A dip in the services sector, combined with the weak performance of the manufacturing and construction sectors, means that September’s all-sector PMI sank to 48.8 from 49.1.

This is the lowest figures since the month after the referendum decision in June 2016. Before that, the lowest was in 2009.

“Coming on the heels of a decline in the second quarter, [this] would mean the UK is facing a heightened risk of recession,” said IHS Markit economist Chris Williamson

“September’s decline is all the more ominous, being the result of an insidious weakening of demand over the past year rather than a sudden shock,” Mr Williamson added, highlighting international trade tensions and weaker growth in the eurozone as particularly troubling international phenomena.

Separate figures released last week showed that Germany’s services sector lost momentum in September, fuelling concern about a broader slowdown in Europe’s richest country and the continent as a whole.

But official figures released last month by the Office for National Statistics showed that the economy grew faster than expected in July, easing recession fears.

Although growth was flat in the three months to July, it was an improvement on the contraction seen between April and June. Official figures for August will be released by the Office for National Statistics on 10 October.

Tom Fox, Licensed Insolvency Practitioner at Umbrella Insolvency, said: “This industrial survey may sound alarm bells for some people that are already in a precarious financial situation. Although we are not yet technically in recession, these figures tend to offer an early glimpse at the official stats.

“There should be no cause for panic just yet, but individuals and businesses might want to take steps now to insulate themselves from financial discomfort later.”

Are you struggling with problem-level debt? Speak to a member of the Umbrella Insolvency debt advice team today. Call: 0800 611 8888.