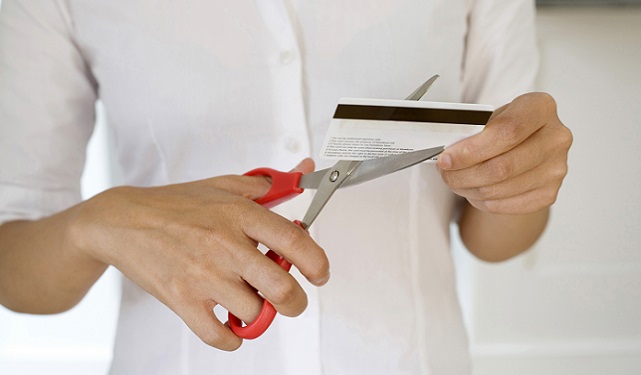 The announcement, delivered at the Labour Party Conference in Brighton, comes as figures show that consumers are borrowing less, but dipping into savings to counteract rising prices.

Labour’s ‘total cost cap’ would cap the total amount of interest that a credit card company could charge to 100% of the original sum borrowed.

This means that if someone borrowed £1,000 on a credit card, the total amount they would have to pay back would be £2,000.

A similar cost cap is already in place for payday loans.

McDonnell said he was: “calling upon the government to act now apply the same rules on payday loans to credit card debt”.

The announcement comes after serious concerns about the level of personal debts by politicians and charities.

The FCA estimates that more than 2.1 millionpeople are trapped in a cycle of “persistent debt”. These borrowers pay an average of £2.50 in interest and charges for every £1 they borrow.

The Shadow Chancellor described persistent debt as a “growing problem and threat to our economy.”

MetLife’s recent UK Employee Benefit Trends report found that 34% of people are distracted at work because of financial worries and 39% are living payday to payday.

Slow down in borrowing as consumers dip into savings

The Shadow Chancellor’s conference statement comes after new figures revealed that British consumers are dipping into their savings as prices rise and real wages fall.

Statistics from banking trade body UK Finance show that personal bank deposits fell to the slowest annual rate since the height of the financial crisis.

Annual growth in personal deposits in high street banks fell to 2.2% in August this year. That is the weakest month for deposits since May 2009.

Figures also showed that a total of around £1bn was withdrawn from high interest cash Isa accounts.

UK Finance data showed that consumer borrowing from high street banks slowed slightly to 1.5% in August, down from 1.9% in July.

UK Finance’s Senior Economist Mohammad Jamei said: “Despite resilience in consumer spending, annual growth in consumer credit has been slowing over the last few months. Across the UK some households have opted to save a little less, whilst others have not increased their borrowing.”

Are you worried about persistent debts? Speak to a member of our debt advice team to find out what options are open to you. Call: 0800 611 8888.